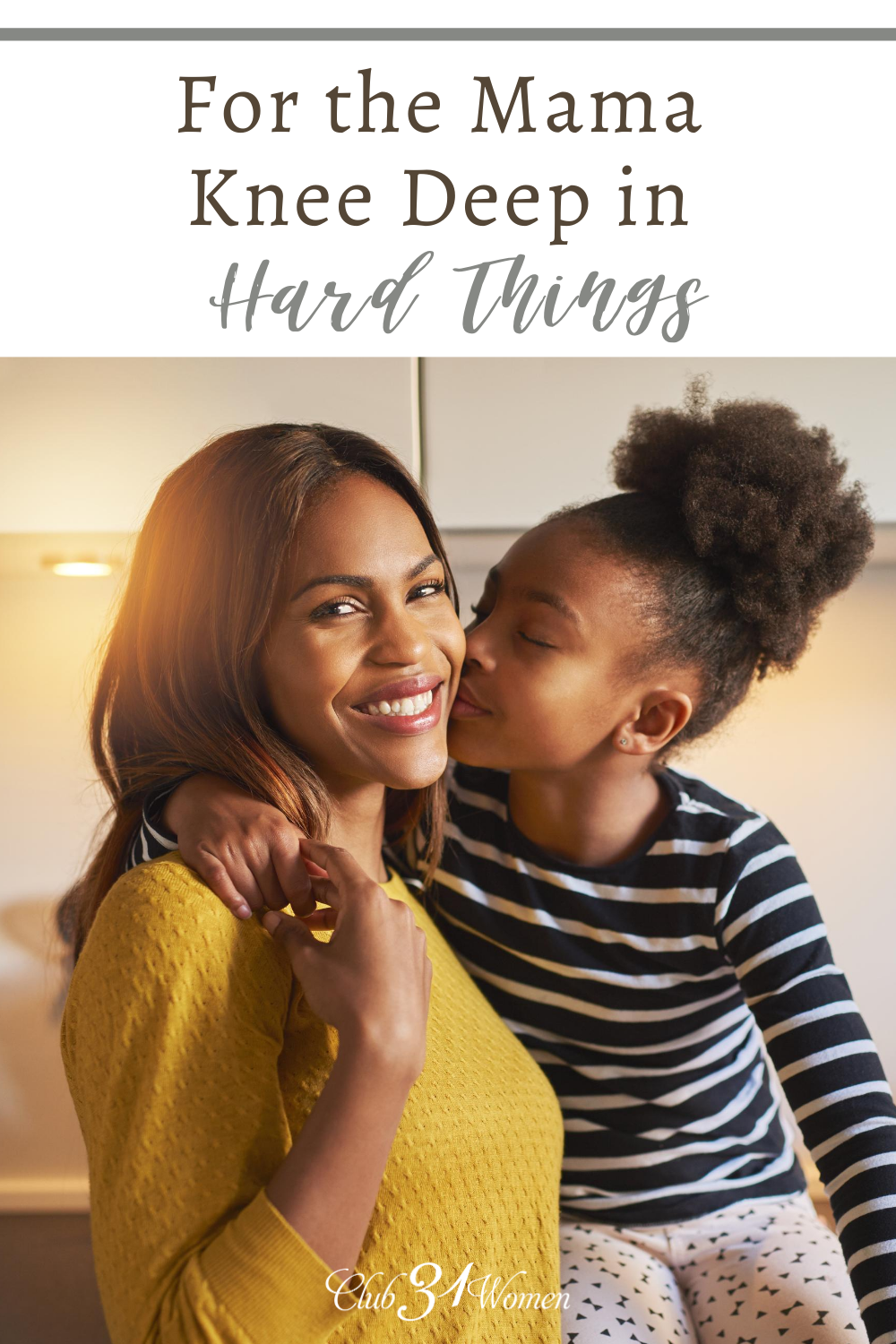 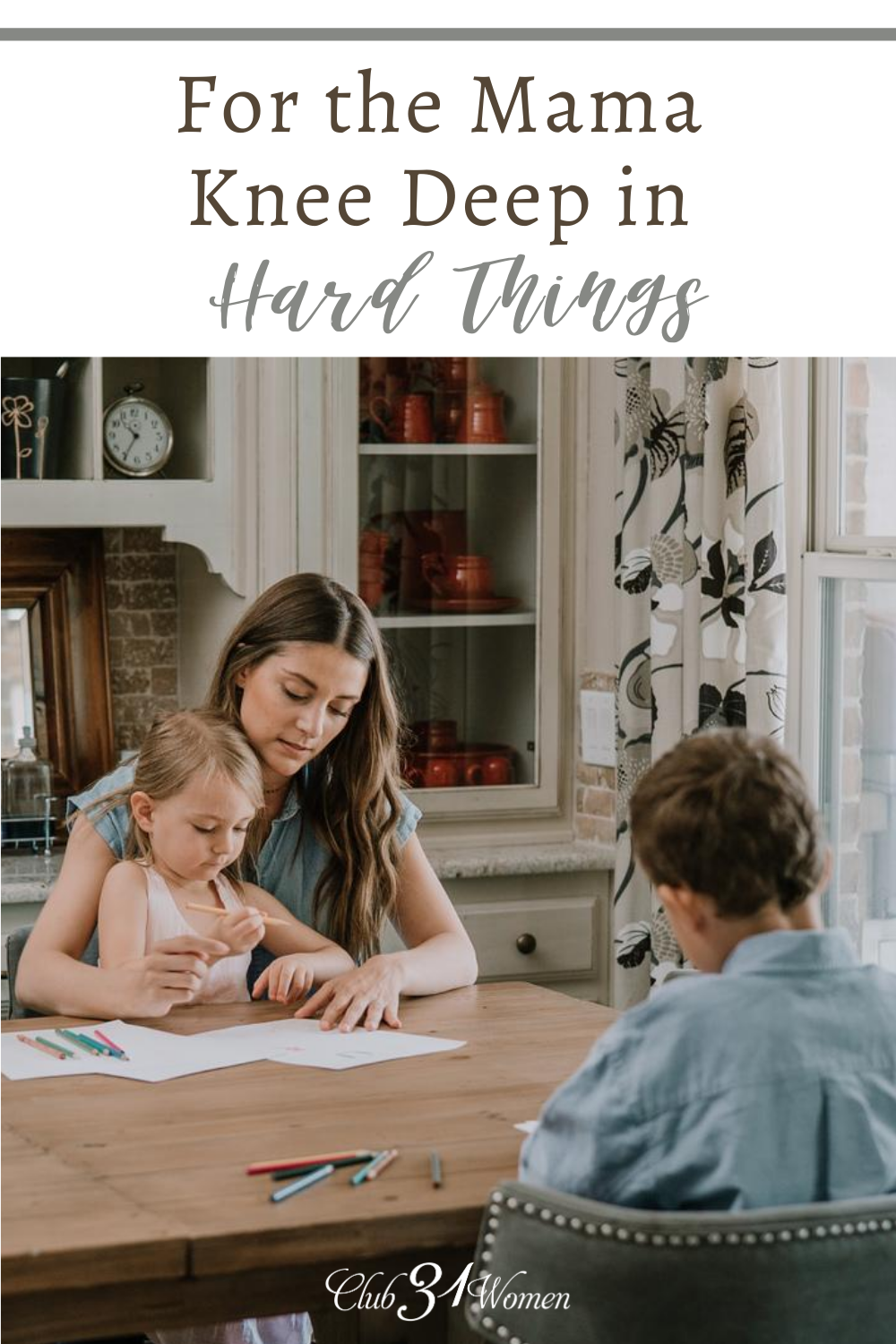 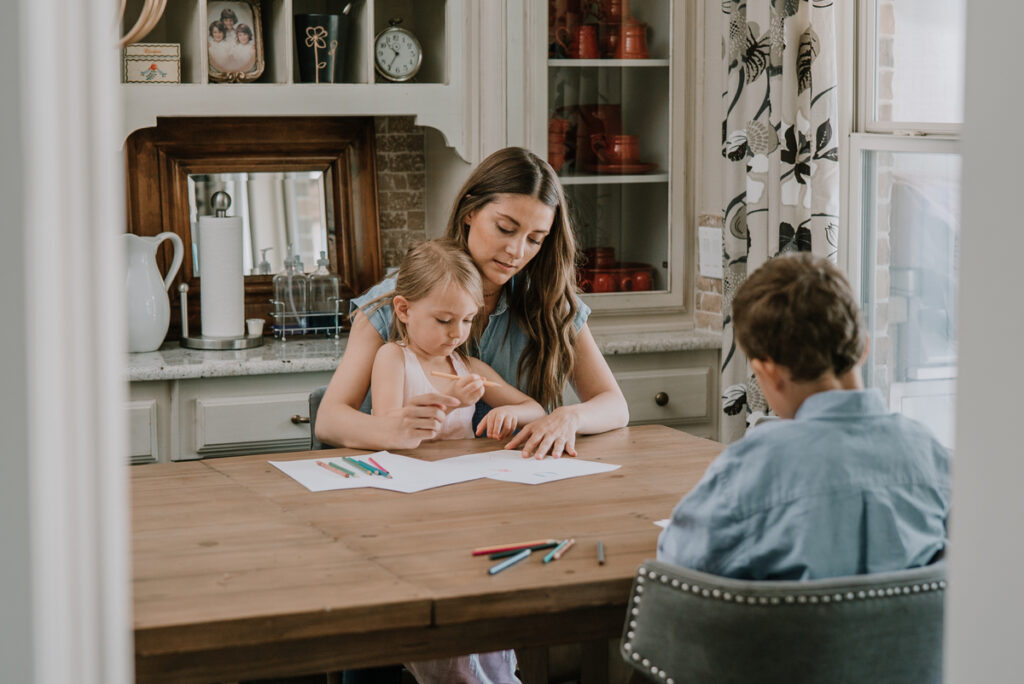 Being a brave mama means stepping into the hard things.

It finally happened. The thing I feared from the very first day I became a mom – something went wrong while I was in the shower.

I clearly remember the day, fifteen years earlier, when I had a new baby on my hip and a younger woman with a growing belly of her own, asked me point blank, “What do you do with the baby when you need to take a shower?” It’s a little funny now, because we all seem to figure these things out. But still, this girl had worry the same color as mine. Because what if something did go wrong during that 5 (or 10) minute daily escape.

The Fear That Came True

My fears abated over the years as my kids grew and I realized they really could thrive unattended for a few minutes. Until last week. Until the 15-year-old pounded hard on my bathroom door, his words accented by wild screams in the background. Bo, my 8-year-old, had a nail in his foot.

I skipped the towel and went straight for my bathrobe while trying to convince myself the boys must be overreacting. This is our tendency, isn’t it? Downplay the fear. But they weren’t overreacting.

I opened the door to find Bo panicky and shaking with a nail lodged firmly, deeply, in his little-boy foot. And I was the mom who was supposed to fix it.

I’ve prayed in preparation for times like these. I have prayed that my kids could avoid bodily harm, and more specifically, if harm is indeed unavoidable, that my husband could be home to do triage. And deal with blood. I would gladly nurse them back to health after the emergency was over.

God did not see fit to answer my prayer as I had hoped this time.

I called my doctor’s office, received some counsel, and the bottom line was this – the nail must come out. I could bring him in or do it myself, but the nail had to come out.

Knowing that a trip to the doctor’s office would only further add to the drama I really had only one good option. I had to pull that nail out. I had to do what scared me and lead well while doing it. And in that sentence, we sum up much of what we do as mothers.

There is no other job on earth that could stretch your heart to this capacity. To nurture life, and sacrifice for its growth, to be all in for its maturity and painfully close when it gets messed up and hard, is an unbelievable responsibility.

I spoke to a mom recently whose heart and stomach were in knots because this upcoming school year will not be what she hoped, not nearly what she had planned or even wants for her child.

I listened to a mom recently describe how it feels to have your firstborn leave home, the depth of her love dripping wet from the corners of her eyes, both pride and pain co-mingling.

I’ve watched a mama love while it hurts, while her adult child continues to choose brokenness and she battles to keep laying her busted mama heart down at the Father’s feet.

I’ve said good-bye to a severely pre-mature daughter of my own. 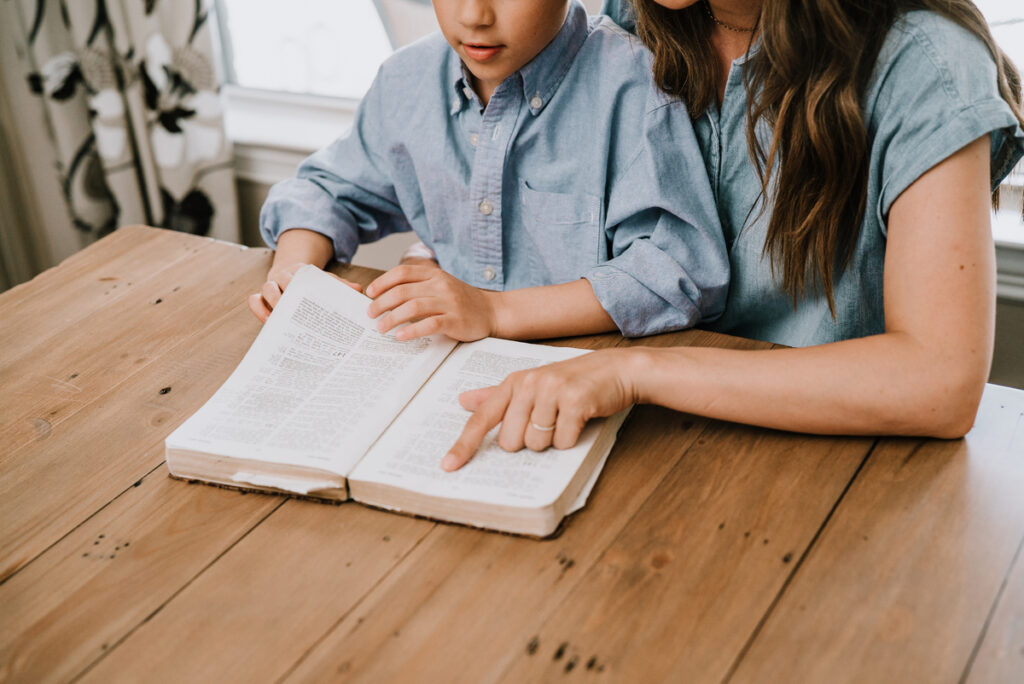 It Takes Courage to Mother Well

It takes tremendous courage to mother well in this world.

It’s no small task to lead while we’re still learning and love when it’s hard, when it’s messy, when it’s disappointing and tiring and scary.

We have to pull out nails when we really don’t want to, and set boundaries that sometimes break our hearts. We have to pivot and make sharp turns when we much preferred the road we were on. And the tug of war is real as our hearts are forever at risk – huge, fragile pieces carried away, carried afar, with the children we love.

I don’t need to convince you, friend. Motherhood demands courage.

But the courage the world sells is often empty and weak. It will lead you to believe it’s a pants size or a shade of lipstick. It will try to convince you that courage is certain job title, a certain house style, any thing it can possibly bottle, package, and sell.

And anyone who has ever bought the lipstick or chased the pants size (raising my hand here, friend) will tell you it doesn’t really fix any of the hard. It’s shifty sand for a mom who is dealing with heart issues and trying like everything to lead well when life is difficult.

But God’s Word, our unchanging Truth in an uncertain world, tells us something different. It tells us the fear of the Lord is the beginning of wisdom and knowledge. It says if your heart is hungry for the discernment that comes from wisdom, the courage and the strength that comes from insight, the answer is knowledge of the Holy One.

Knowing real courage has always come from knowing and fearing the Lord, friend. No matter what the cultural trend of our time is, the unchanging Truth is we serve a big God. And I wonder if we have underestimated Him. I wonder if we have put some of the Truths of Scripture on the back burner, let them get dusty while we opted instead for a good shade of lipstick and wondered why this world feels more fragile and fearful than ever before.

I’m choosing to grow deeper roots in the Word, friend. I want to know a courage that comes from Him alone because I know this job we have to do, this world we live in, desperately demands it. I hope you’ll join me. My new book, I Choose Brave: Embracing Holy Courage and Understanding Godly Fear releases today.

Order it now, complete the form here, and join me for the Big Backyard Bookclub as I link arms with women around the world to dive deep into God’s Word and understanding holy courage and godly fear like never before.

Katie Westenberg is a wife, mother and writer who is passionate about living life bravely for the glory of our Creator and encouraging others to do the same. She enjoys country living in a small town, time spent with friends and family, and saying YES to adventure. She writes at ichoosebrave.com.