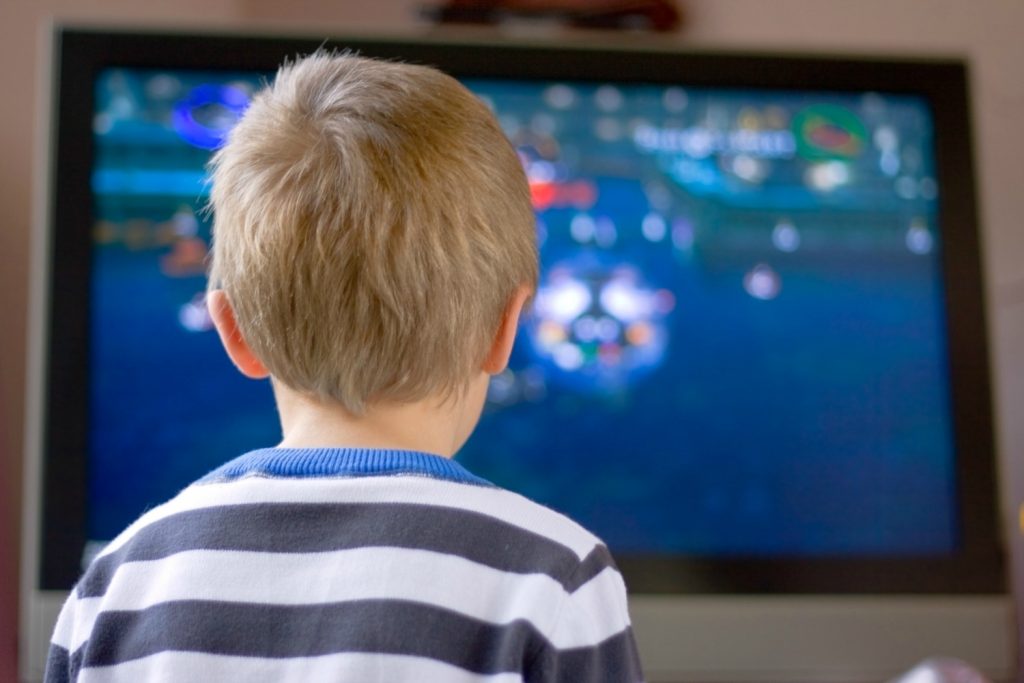 I know this because my children have been there. And guess who is to blame? I am.

A Culture of Screen Time Addiction

Technology drives the entertainment in our culture but we don’t need it to drive us.

When we constantly rely on screen time to entertain our children, we become lazy and reliant. The same goes for our children. When we allow them to constantly or consistently play games on the iPad or watch TV instead of working their brains with a good book or hands-on project, their brains become lazy. The more we allow it, the harder it is to get them to bounce back and work their imagination. They can no longer see images in their head from reading a book because the TV has done the work for them.

And video games are just the beginning. Social media just amplifies all of the problems. It’s not necessarily that these things are bad in and of themselves (unless your child is engaged in an app deemed dangerous unsupervised). The problem comes with the amount of time spent in front of the screen.

Children and teens struggle with focus, concentration, contentment, boredom, and even more serious things like depression and suicidal thoughts when they are spending 5+ hours in front of screens on a daily basis.

Go Against the “Norm”

When I limit electronics, I often feel like the “mean mom”. So, I’ll offer more time. But when I try to reign them back into their lessons, it becomes a battle met with complaining and whining and, “It’s too hard!”

It is just so easy to say, “Yes you can play a game or watch that show.” And some days I believe it’s a necessity for sanity. But just like our children, it can make us lazy moms.  Why put the work in when iPad apps can do it for us? When the children are fighting, it’s easier to pull out the screens.

We pay for convenience, but at what cost?

It’s a tough paradox. Technology drives our culture. We can’t just disconnect from that reality. But we can still be wise and use it as a tool and train our children how to control their time on it.

We have grown so accustomed to being entertained, that it seems abnormal to minimize it. To our children, it may seem unfair. As if they were being deprived of a “normal” life. What about an abundant life?

How can we turn this around so our children have a future filled with active minds who think for themselves? Just because we live in this culture, doesn’t mean we have to be subject to it. And going against the culture is not an easy thing to do.

We all want what’s best for our children — I do not doubt that. But are we actively pursuing that goal, or merely “hoping for the best?” We need to be a generation of moms who stand up against the norm and raises warriors for Christ, who are ready to battle the evil of this world rather than join them. I’m not saying technology or even entertainment is inherently evil. But too much can definitely be devastating. We should not ignore its long-term effects from excessive use and pleasure.

The last thing we want to do is lull our children to sleep by making them blind to a world who desperately needs Christ.

For His Glory,
Christin Slade

Christin has been married to her high school sweetheart for 20+ years and together they have seven children. She enjoys writing, reading, weightlifting, and challenging herself to new things.

Her passion is to pursue holiness and wholeness in Christ. You can find her on Instagram at instagram.com/christinslade