There has always been something.

To set me apart, to make me feel different, to weigh me down in a way that I was sure that other light-footed women weren’t and to remind me that an invigorating life (the kind that fills your lungs yet leaves you with space for more) evades me.

I’d find myself thinking: why does this always happen to me, as I looked at women who sailed through life’s mile-markers with poise and sassy shoes and advice for the rest of us who couldn’t or didn’t.

But I only looked at them long enough to presume, to fuel my frustrated looks of comparison back at myself and my own story.

Had I looked longer, I may have noticed more similarities than differences.

We all have that something, that nagging thing that leaves us thinking: if this thing [insert yours here] would just change, I could get my full eight hours of sleep and feel the words I sing in worship and touch joy, not just put it on a sign in my house.

In my twenties, it was an empty womb and an empty bank account and a marriage that landed us in a counselor’s office. Turning the corner on thirty it was a father with brain cancer and a delayed adoption. We brought our two home from Africa and it turned, quickly, to managing life with … two! We adopted two more and I was sure having four children, in such a short amount of time, was the equivalent of training for the Navy Seals. Then, when I’d see women with four children who had somehow managed a shower and I was certain it was adoption that made it a feat for me to get dressed – four children with broken histories, that was the thing.

And those are just the broad strokes. When we couldn’t pay the bills I wanted my husband to crawl right out of entrepreneurship so I could sleep at night and when my children had health issues I thought the end of trouble-shooting those mysteries would give me breathing space.

It was always something.

Something that I called circumstance and that God called positioning. Opportunity. Even invitation.

I’d fantasize about climbing my way out of this, whatever it was at the moment – the 30th and bills unopened and unpaid in a stack, long days of homeschooling, bleeding hearts in my children, and (oh!) all those children – believing that joy was the prize on the other side of the hill for me, the one who clenched her teeth through it all.

But He didn’t make me to clench my teeth.

He made me to open my mouth.

And the war isn’t over our bills getting paid or our children sleeping through their cough-filled night or in our temperament handling the transition to adolescence (though none of those things are small).

It’s over what’s going on in our insides.

When my eyes are on that next something getting resolved, they aren’t on the hand that He is reaching out to clasp around mine right here.

When I’m wistfully dreaming of relief, I’m not having my heart informed by His dreams for me. When my mind is roiling with ways to climb out of this circumstantial hole that I’m in, it is not being filled with what’s true and what will unlock this very mind that’s currently trapped. 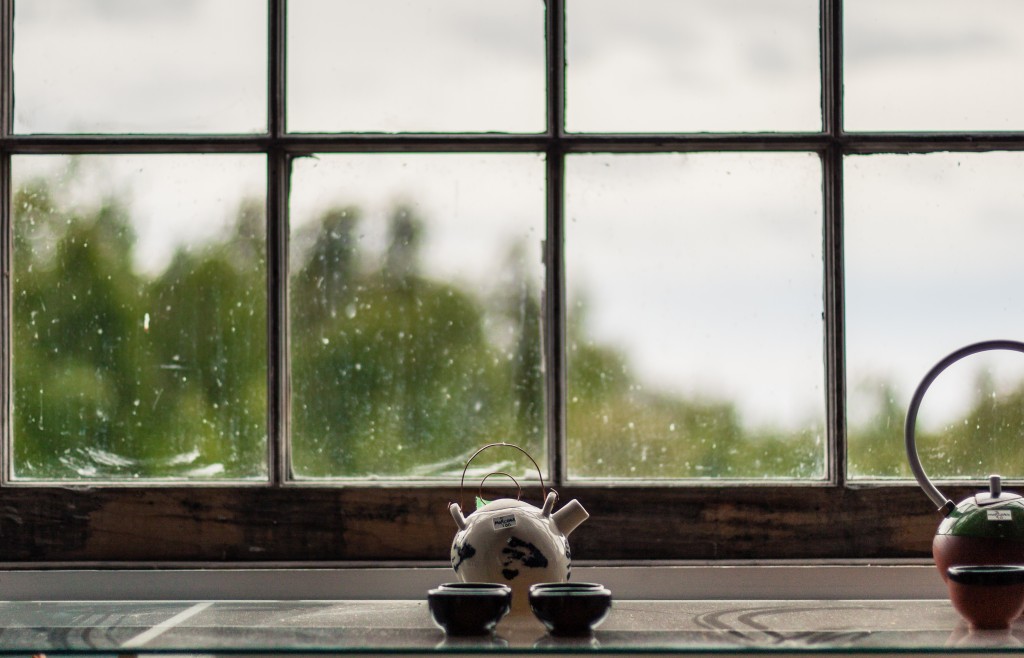 I have a Father who wants me to not hang my heavy head but lay it down on His chest and hear His heartbeat for me in this now-moment, not when it’s over.

We are only as in love with God as we are vulnerable and raw before Him in our weakest moments.

And for me, my eyes need informing. If given to just seeing what is in front them, my eyes tell me that life is always a press, I can rarely breathe and I might as well seek quick escape. But when my eyes get informed by His Word, the gate gets unlocked.

The war over my insides – you know the one that’s alluring me to stay dull-hearted but still memorizing scripture and going to church while I sit there and count days until I’m finished potty-training my children — requires me to open my eyes.

And then respond with my mouth.

This is adoration. A simple habit a friend suggested when I couldn’t keep the noise on my insides quiet and she heard me grumping and “wishing”, not praying (though, perhaps, calling those grumps prayers).

The biggest barrier to adoration is the part of me that isn’t willing to admit that there are many parts of my mind and heart that still don’t believe what His Word says about Him. 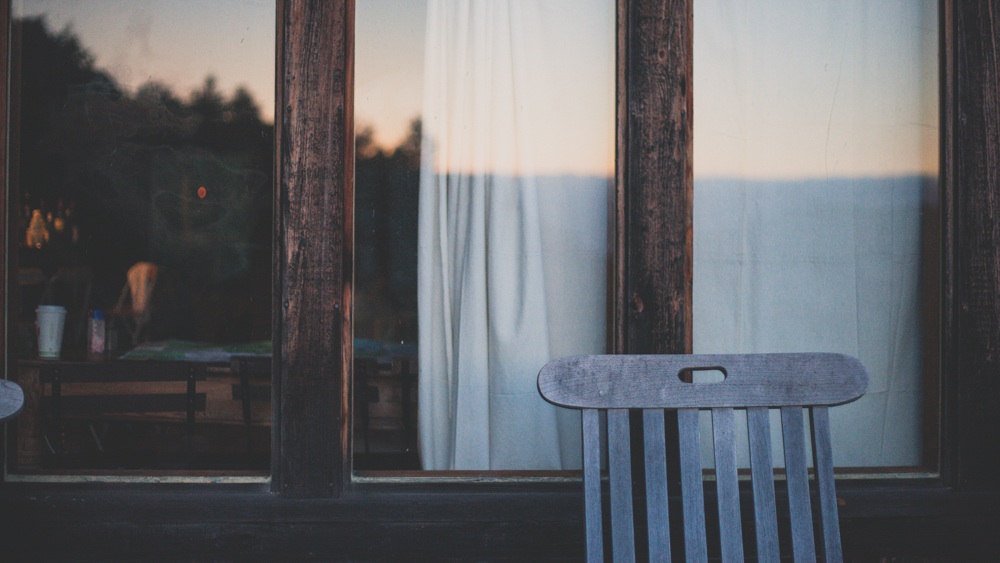 So where to start? Today. Here. In this moment that you want to climb out of.

Open His Word. Find a passage that tells you who He is (or look here for suggestions) and start speaking it back to Him. Up the stairs and out to the mailbox and while you’re blow-drying your hair.

Tell your eyes what to see and ask His Spirit to unlock the unseen for you.

Expect Him to move. You.

Look away from the stress that the dishes in the kitchen sink are producing (again) and look at the face of the One who is gentle with your immature heart and mine and is using this moment of lack to move us away from relating to Him at a distance, and scoot us up near enough to sit on His lap.

Adoration isn’t for the pious or even the disciplined in their finest hour; it is for those of us with a whole lot of “somethings” making us think that mere circumstance is what really matters on this earth.

Adoration is for the mother and the wife and the daughter who wants to fall in love with God. Again. And for the first time. 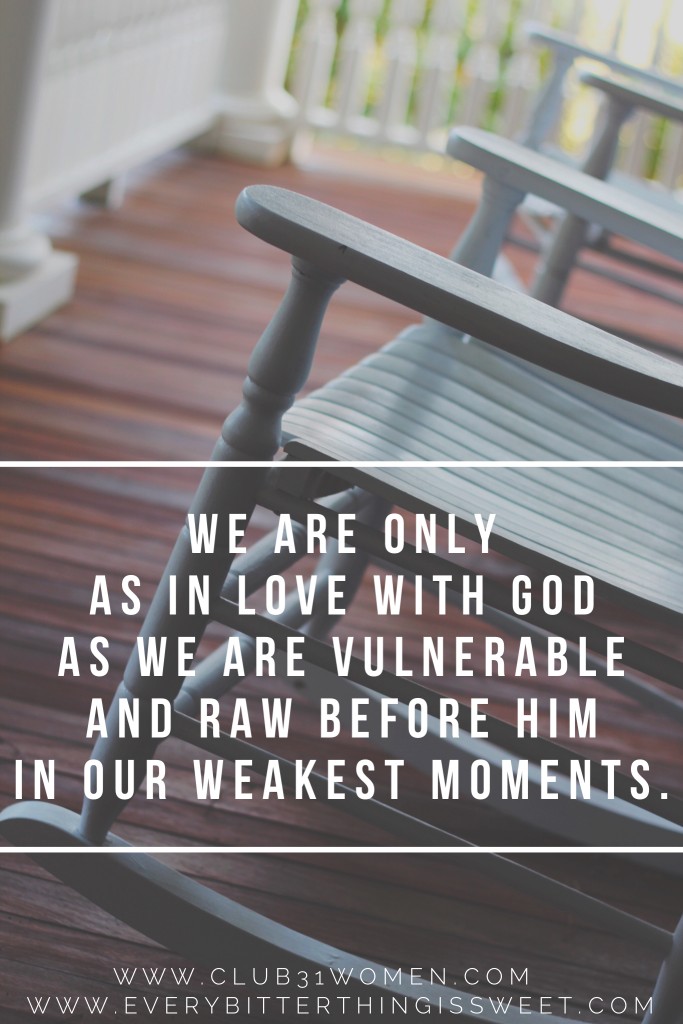