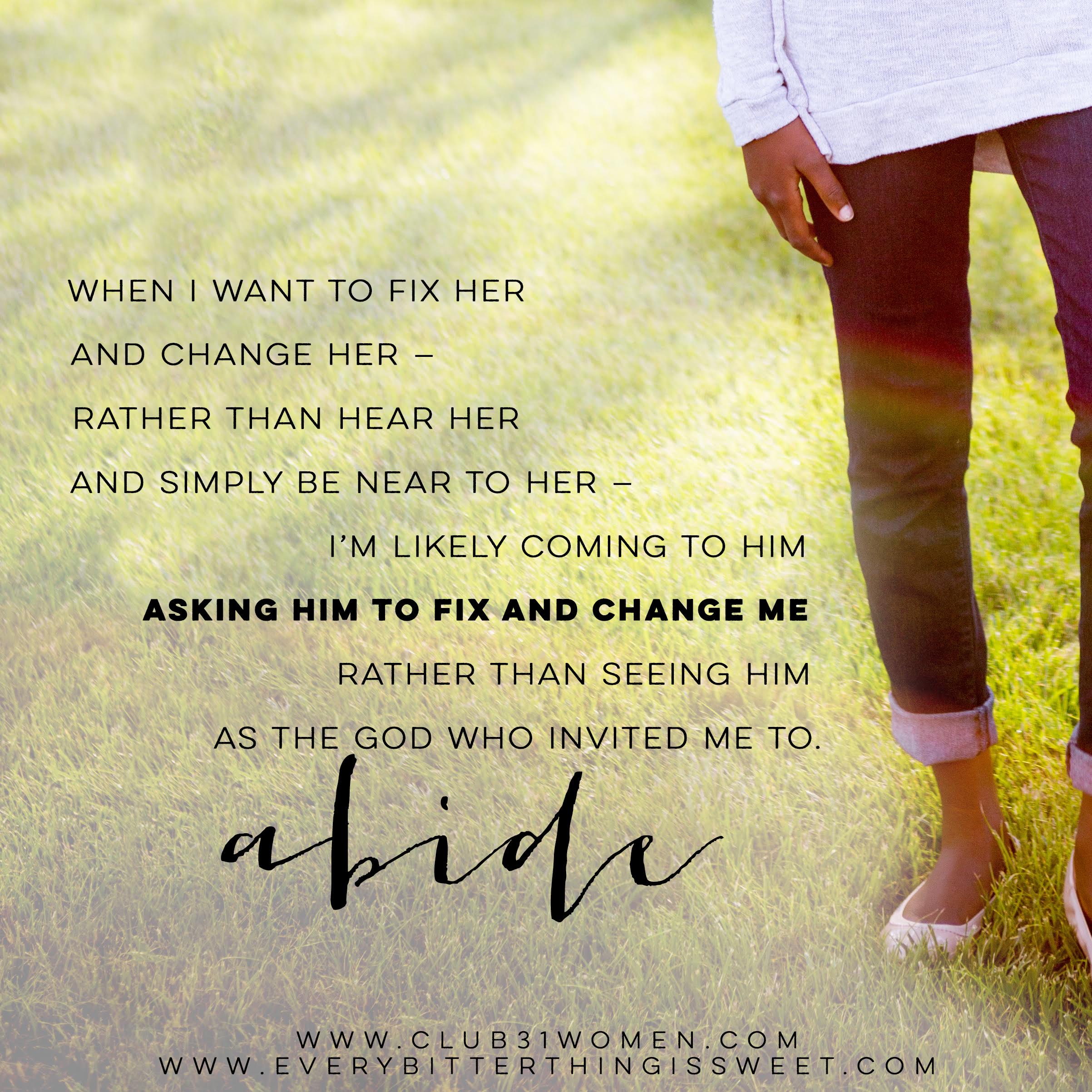 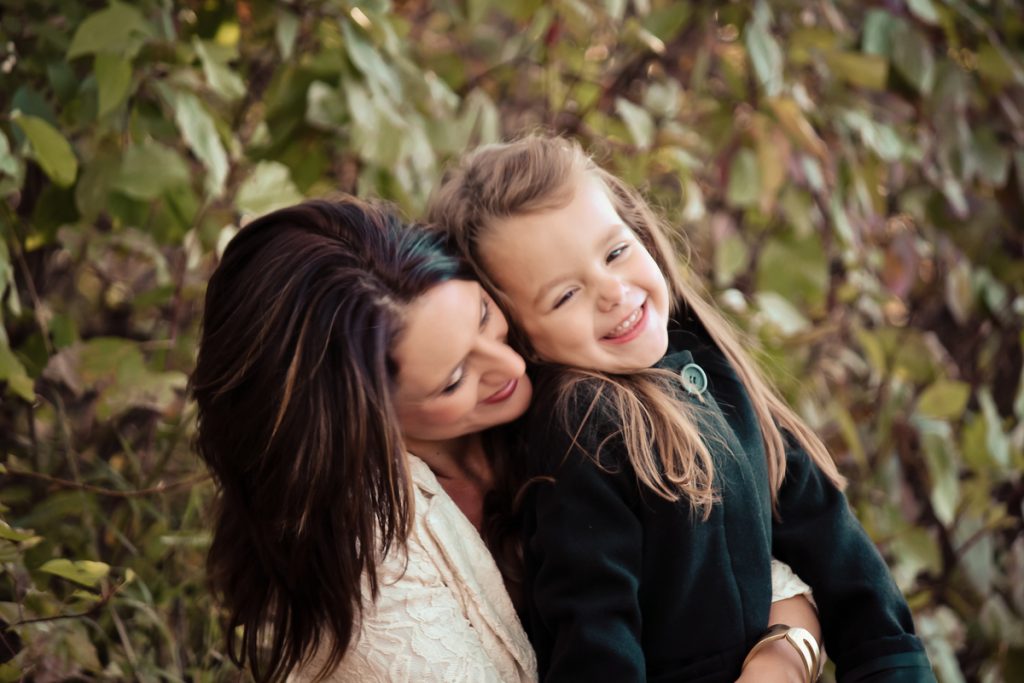 She slid up next to me, a sprig of a thing with her long, thin frame that will likely be taller than mine before the year closes. I was wiping down the counter — tasking — and she wrapped her arms around me and rested her head in the crook of my neck as if we were settling in for a late night story.

My children show affection in different ways, though all of us Hagerty’s tend to be cuddlers. This particular one, however, reserves her hugs as exclamation points. She doesn’t often initiate and when she does, I pay attention.

What was it today? I asked myself and then remembered that I’d been asking myself that more frequently with her.

You see, we’re living time backwards. My children are aging with the calendar but they’re also healing — four of them were orphaned, once — and healing tends to bring them closer to home, despite their age indicating that they’re closer to launch. When they move a little closer in — when they lean, when they initiate, when their eyes look straight into ours for a little longer — we take notes.

What was it today?

Ahhh. It’s the same question I’d asked days before, with what I suspected was the same answer.

We’d taken a long walk. That was it. 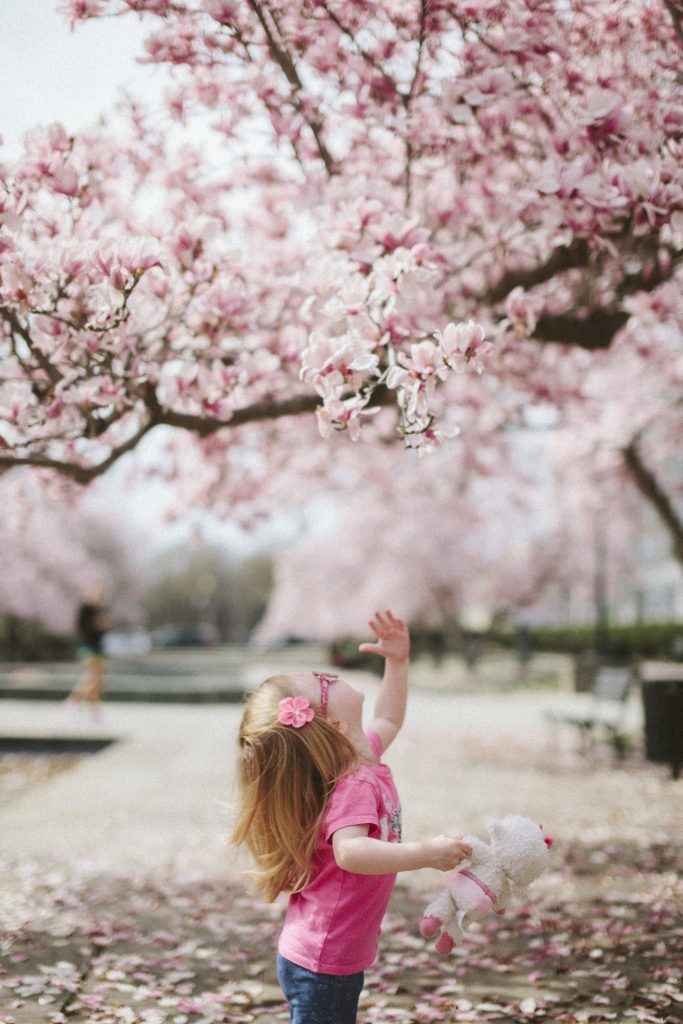 It was everything I love about spring: seventy degrees and a triumphant blue sky, only interrupted by the fresh blooms that hadn’t been there on the tree a few days before. We couldn’t just watch it or photograph it, we had to climb into this day.

We pulled on our rubber boots and tromped through the nature preserve that lies on the other side of our yard. We waded through the stream and listened for bullfrogs and skipped stones. We talked about a lot of “nothing,” at least what the tasker in me might have considered nothing.

My intentional conversation to reach a part of her heart that I’d been wanting to talk to her about felt one-sided.

She wasn’t ready yet.

So we flitted around what was on her mind — soccer practice and sore muscles and water snakes.

And then we came home in time for me to clean the kitchen and wake the babe and for her to run an errand with Daddy. More of the seemingly unmemorable. It wasn’t until hours later that I realized these walks with her, that I might otherwise consider white space in my day, are perhaps more significant than I’d considered. 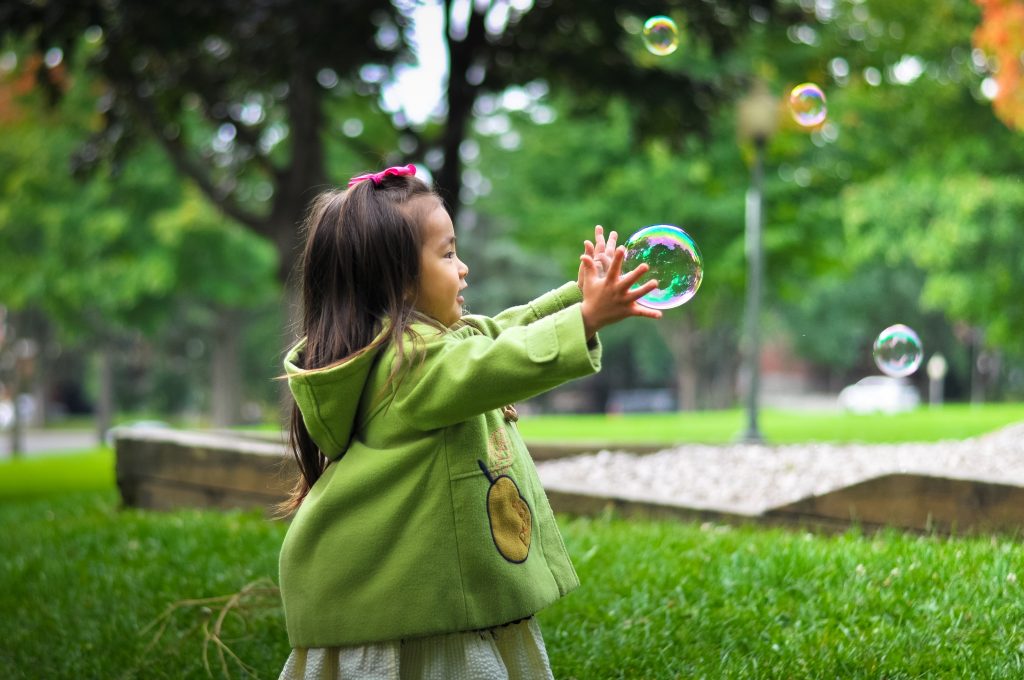 She needs my time. Not mostly to do her laundry or cook her dinner or read her essays, but to listen to her heart patter. Water snakes and soccer practice woes and muscle aches. She needs me when I’ve slipped off my watch and I’m all hers, to listen to the heartbeat underneath all these seemingly random mind-wanderings.

She needs face-to-face time with her mama. And if I’m honest I’ll tell you, it’s the thing that makes my task list suffer, my pots and pans pile higher in the sink and my sense of productivity feel threatened (if I let it). Pouring into her heart during the in-between minutes of life that could otherwise be used towards productivity and accomplishment may seem foolish in light of my schedule and the needs knocking around in my mind, but it is a life-line to this child who is being formed.

And all the feelings that get stirred when I press pause on those things that might seem they would be a peace-bringer — a spotless kitchen and a well-tasked day and a thriving mission — are the ones He is inviting me to bring to Him, this God who let the earth breathe for a day after forming it.

When I treat her like a line-item on my task list, I’m likely approaching Him in my mind with my spiritual resume subtly saying “look what I’ve done for You, God!”, as if this is what moves His heart.

When I want to fix her and change her, rather than hear her and simply be near to her, I’m likely coming to Him asking Him to fix and change me rather than seeing Him as the God who invited me to abide. Commune. To link in to Him.

When I’m frustrated by her behavior and I feel the urge to pull away, it’s likely that I’m angry with my own failings, ignorant of how kind He is when I’m terribly weak. 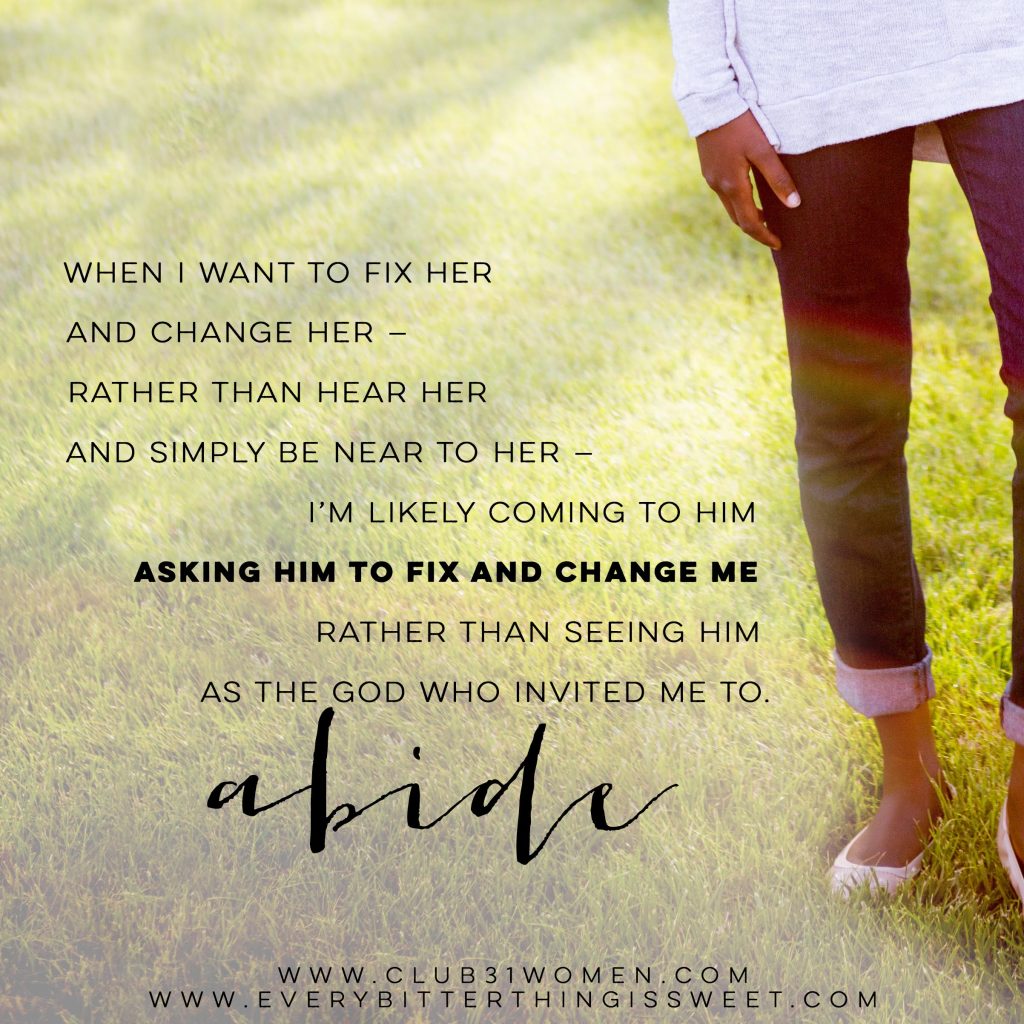 I’ve taken to walking this spring, circling the path through the nature preserve. A few loops with her — and a few in the quiet, just me and the One who made those acres of nature.

She’s taken to resting her head on my shoulder. Time does that, it tethers the heart-strings. I’ve taken to seeing Him a bit more as the patient God, enjoying me when I rest my head on His chest.

Time does that, it tethers the heart-strings. Together.

Take a step back and ask: where does this come from? And: am I approaching God in this same way?

What we do with our littles is a reflection of our interior-life in God.

We learn from Him:

“And rising very early in the morning, while it was still dark, he departed and went out to a desolate place, and there he prayed.” Mark 1:35

Sara Hagerty is the author of Every Bitter Thing Is Sweet: Tasting the Goodness of God in All Things

“This is one of the most beautiful books I’ve read in a very long time. Sara Hagerty is a particularly gifted writer (she has the most lovely writing style!) and her story touches the deepest of places. I found myself stopping many times while reading and just staring off as I pondered the truth of what she had to say. Inspiring, convicting, and touching. I highly recommend this book!” ~ Lisa Jacobson On Instagram?I’d love to have you follow me over there @Club31Women!

« 5 Hope-Filled Books for the Woman Hurting or Struggling with Infertility
Ready to Live A Beautiful and Blameless Life? »