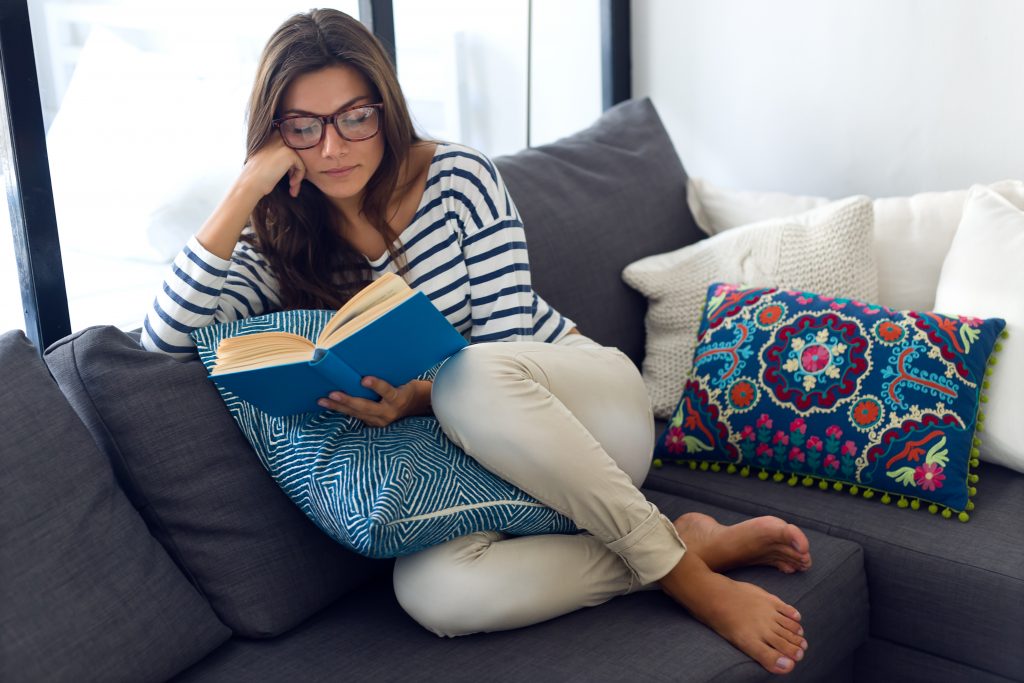 Adoption of any kind carries with it some real challenges. Parenting, itself, is quite the journey—but take out the initial nine-month bonding and it’s like playing a ball game without all your players.

Take away the rest of the formative years and you’re playing a whole new game entirely.

Oh, some things sound exactly the same. For example, my two children, who each came home at eight years old, can really bicker. Normal, right? For sure! Siblings bicker at times.

While it sounds the same, they’re not actually playing the same game. Cutting remarks like, “Mom and Dad adopted me because they really wanted a boy, and now they’re going to get rid of you”, would be annoying to a biological birth child. If my brother had said that to me, I probably would have gotten mad at him. I might have wondered if my parents really did want another boy and not me. It may have left me a little insecure for a time.

It wouldn’t have sent me spiraling into a three-week meltdown where I withdrew from relationships, was ridiculously angry at my parents, and wished I could just die instead of face rejection one more time.

Parenting my adopted children is just like any parenting, except when it’s not. And it’s in the “when it’s not” stage that I need a different kind of encouragement.

Instead, this list is about you, Adoptive Mom. It’s about food for your heart and your spirit. Refreshment, encouragement, life.

Because it’s so easy to feel alone, to feel like no one else in the world is on the same field as you. It’s not true, of course; there are many of us here (And we get it! For real.) but it sure feels that way at times. So I want to share with you a short list of books that have encouraged me in my particular struggles as a mom to older, adopted children.

1. If by Amy Carmichael

So, I have a confession: while I would have said that Amy Carmichael was a mentor of sorts to me while I was an older teen and then a single adult, once I married, I barely glanced at her writings. She, after all, was a single missionary to India in the 1800’s and I was a stay-at-home wife in North America in the 2000’s.

But then, one day after a particular trying time with one of my children, when I was struggling to love this hurting little one who was hurting me so deeply, I picked up If and started reading it again.

It hadn’t ever really clicked for me before, but she was dealing with sexually, emotionally, and physically abused children and it wasn’t all just sun and roses. Which was why she wrote the book If for one of her co-workers who was struggling to love the unlovable. It’s like a personal discipleship program from an experienced Spirit-filled Adoptive Mom. It’s gold, dear ones. A voice of truth when you’re being bombarded with lies.

“If I find myself carelessly lapsing and thinking, ‘Oh, that’s what they always do,’ or ‘Oh, of course she talks like that; he acts like that,’ then I know nothing of Calvary love.”
–Amy Carmichael

(I appreciate this revised version of the book because Amy’s hymn-inspired writing voice is sometimes difficult to follow.) Available—>HERE

2. Kisses from Katie by Katie Davis

I started reading Katie’s blog half a dozen years ago now. She was mentioned in an article somewhere and when I went to her site I fell in love with her writing style.

Katie adopted thirteen (yep!) girls in Uganda while she was still single. Her book, Kisses from Katie, tells some of the delightful, but also difficult, stories of how God built her family.

When I first read her story, I was a little jealous. At that point we were hoping to adopt but had not brought a child home and the idea that someone had thirteen while I was longing for one was a bit daunting.

But I recently reread the book after bringing two children home and had a very different perspective. Don’t get me wrong. I’m the type who would still love to have a dozen kids, no matter how difficult they were (my husband says I’m a glutton for punishment), so this isn’t about the number of children.

The difference for me was in understanding the kind of ballgame she’s playing in raising those lovely babies of hers. I understand what it means to build family from splintered pieces and to trust God to fill in the gaps where she doesn’t have enough.

And with that understanding, her writing took on a depth it hadn’t had before. Now I read her story from one adoptive mom to another and it whispers that there is hope and life through the hard days.

“I believe there is only one truly courageous thing we can do with our lives: to love unconditionally. Absolutely, with all of ourselves, so much that it hurts and then some.”
–Katie Davis Majors

3. Parenting: 14 Gospel Principles that Can Radically Change Your Family by Paul David Tripp 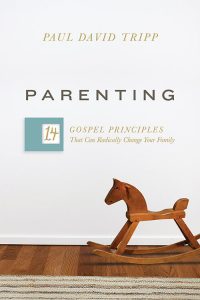 Confession: I had this book sitting on my counter for about a month without ever opening it. I’m not a big “parenting book” person anyway, and most books make me roll my eyes because hello! this writer has obviously never met my children. But I needed to read it for work, so I finally flipped it open one day.

Y’all, I needed this book.  Yes, it is a book written for traditional parenting, but friends? It’s one of the few that I’ve found that translates to parenting older adopted children as well.

These are gospel principles that can be applied to traditional parenting OR adoptive parenting because they aren’t really about the children. This is a book about parents and the truth of mankind and the hope of Jesus.

It doesn’t matter what game you’re playing because this book is about foundational truths and how you, the coach, are addressing your team.

It is, hands down, the most encouraging parenting book I have ever read—especially when it comes to parenting my adopted children.

“No one gives grace better than a parent who humbly admits that he desperately needs it himself.”
–Paul David Tripp 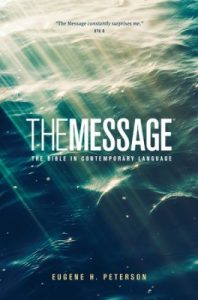 Okay, I know this technically isn’t a “book” per say, and this is a book list. But when I talk about reading material for Adoptive Moms, I’d feel like I was remiss if I don’t turn us back to Scripture. Everything we read should be evaluated through the viewfinder of the Word and we can’t do that unless we’re staying grounded in it.

I do most of my Bible studying with literal translations, but when I’m just looking for some encouragement and new perspective, I love grabbing a paraphrased translation like The Living Bible or The Message, and 1 John is a favorite place to land.

If you only have a minute, but your heart needs a boost, jump right to 1 John 4. It is Living Water when we are dying of thirst. Drink deep.

“This is how we know we’re living steadily and deeply in him, and he in us: He’s given us life from his life, from his very own Spirit.”
–1 John 4:13

Now that I’ve shared my favorites with you, I’ll love to hear some suggestions! What books have been the greatest encouragement to you as you parent older adopted children?

P.S. Here’s my list of 5 Hope-Filled Books for the Woman Hurting or Struggling with Infertility. Natasha Metzler is a writer and farmer's wife from Northern New York. Though her life looks much different than she ever imagined it would, even the hard things sing of redemption. Her book Pain Redeemed tells the story of her journey through infertility, while Counting Grains of Sand tells of how God built her family from splintered pieces, and WordSnacks is devotional encouragement for every day. You can find her blogging at natashametzler.com, on Facebook, Instagram, and Twitter.